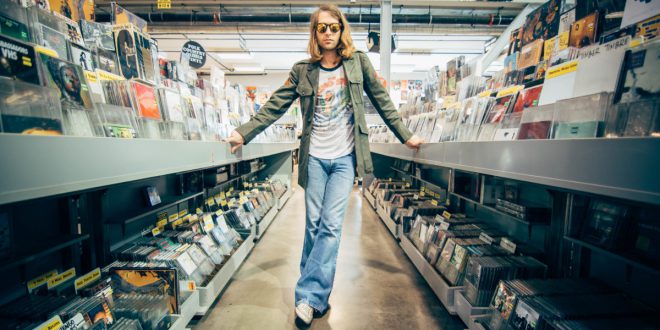 Are you one of those that long for the harmonies, infectious melodies, irresistible guitar hooks and innocence of the 60s sound? You’ll be delighted to hear you are not alone.  With a general eclectic musical taste that happens to especially reach back to The Beatles, The Beach Boys and Jeff Lynne (ELO/Traveling Wilburys), Justin Levinson decided to go native 60s with his third album, and you’re in for a treat.

Originally from Vermont Justin now resides in California and the evidence is clear as to where his heart lies, at least musically, with this bunch of songs. Here the sun rises and sets on a warm west coast beach through and through. Whilst his other albums have had a variation of styles, flirting with country as well as indie pop, it is to the retro feel that his suit is definitely cut, and he does indeed looks really good in it. Give him a spin and see for yourself.

“Yes, Man feeling so light as an album and sweet in intention. You get the feeling that Levinson had no darkness or malice when he composed and wrote his songs.” (Diandra Reviews)

Here’s the Together Forever video: