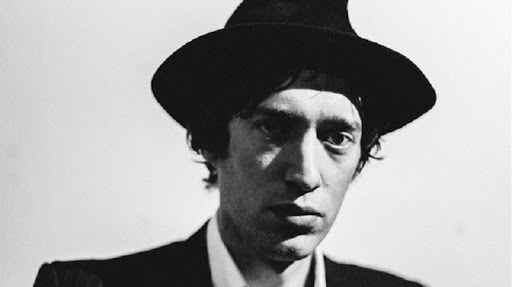 Judging by the Avant Music Port catalogue it seems the Irish diaspora in Berlin is growing by the second. Seems something works very well between that city and Irish artists in particular. And this baritone bearing poet is no exception, as he indeed has blossomed something extra in that environment.

A.S. Fanning was previously seen as the frontman in the outfits Porn Trauma and The Last Tycoons, and as such is no stranger to creating smashing music. His interest in developing and changing is obvious, which definitely helps. Genre wise he goes wherever his vibe takes him, and this leaves an eclectic exciting oeuvre. He is spot on melody and lyric wise, having took his time in getting it all where it should be. He watches the world and people go by, and muses on it all, and as such his lyrical interests are often focused on sincere social awareness and serious concern. But he is nevertheless no stranger to fun and the lighter side of things, as can be heard on tracks like Never Been Gone and Song to the Moon (below).

Here’s the pure poetry of his early Carmelita track: