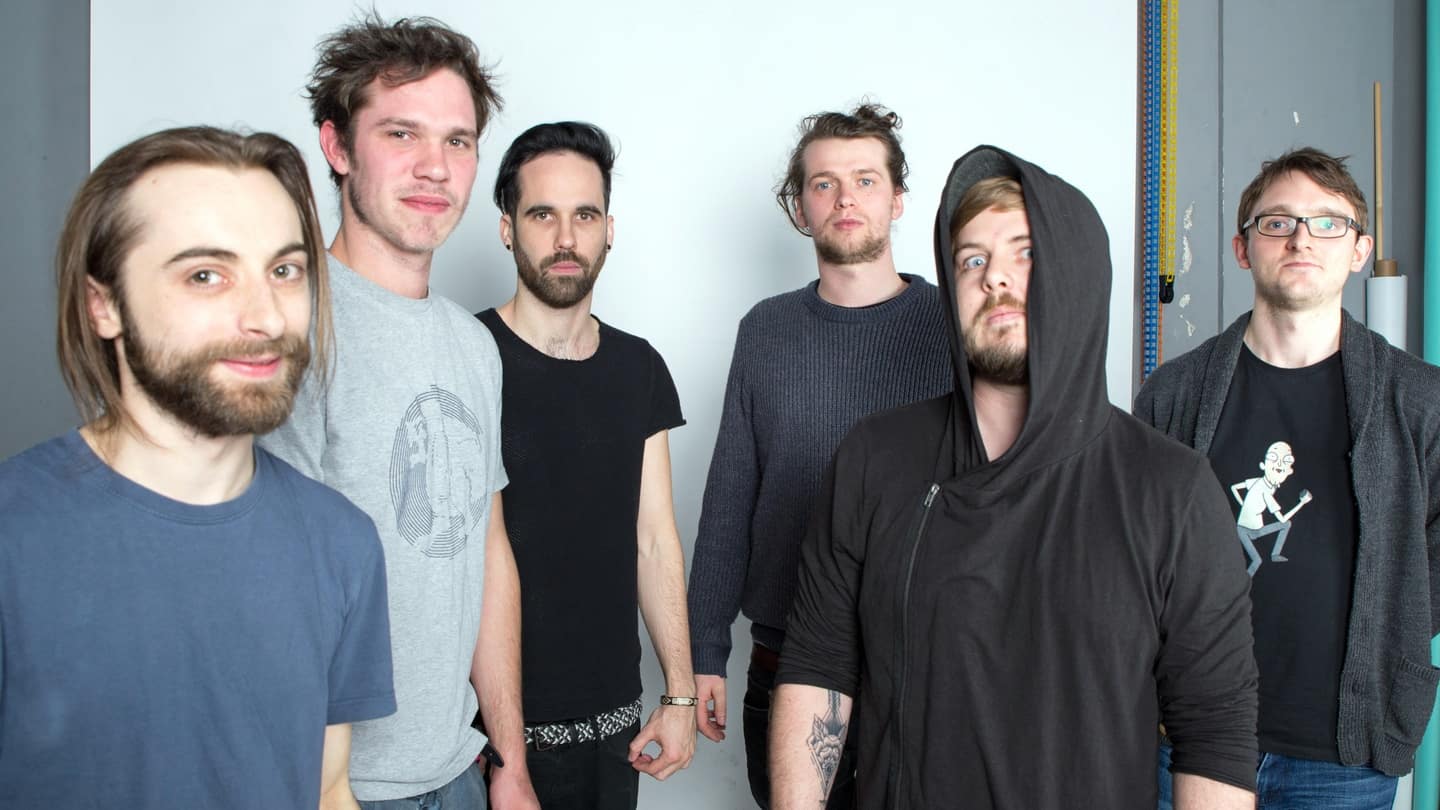 In taking six years to write a debut album of nine tracks, it’s fair to say Dublin-based 6 piece instrumental act Overhead, The Albatross believe in spending time on the finer details, and when considering the quality of the result, they were absolutely right.

With a sound that creates an ambience similar to that of Explosions In The Sky or Sigur Rós, Overhead, The Albatross blend alternative electronic experimentation with simple, spacious melodies, and the result is a stunning cinematic soundscape. While most commonly tagged with the ‘post rock’ label, they themselves feel ‘post rock is so obviously not a thing’, and thus would rather stick with being called ‘instrumental’ instead.

Instrumentally the 6 piece mix electronics, guitars, bass, drums, piano, ambient vocals, strings and brass. With this blend of instruments under the genre umbrella of ‘instrumental’, they are not bound by any one particular sound, which makes for an interesting creative process when it comes to writing.

While they themselves admit they’re not quite sure what an Overhead, The Albatross track ‘sounds’ like, a common thread through some of their tracks is the presenting of a simple musical idea and developing it with such careful attention to detail, so that in the end the once simple idea has transcended and is soaring over an explosive soundscape.

The band has an impressive instinct around dynamic progression, and what resonates with the listener most powerfully is the emotional charge at the core driving the tracks forward (which is in part down to the small details and changes in dynamics).

This is the case with track ‘Indie Rose’ where a synth/piano lead melody gradually grows from a delicate and soft beginning to a glorious, uplifting climax after becoming engulfed in layered strings, a tight powerful rhythm section and ambient vocals.

Since the release of their debut album, Overhead, The Albatross has received deserving critical acclaim. They recently performed in RTE’s live music series ‘Other Voices’, and were also nominated for the RTE 2016 Choice Music Awards in the Album Of The Year category.

Here are some videos to get you in the groove: