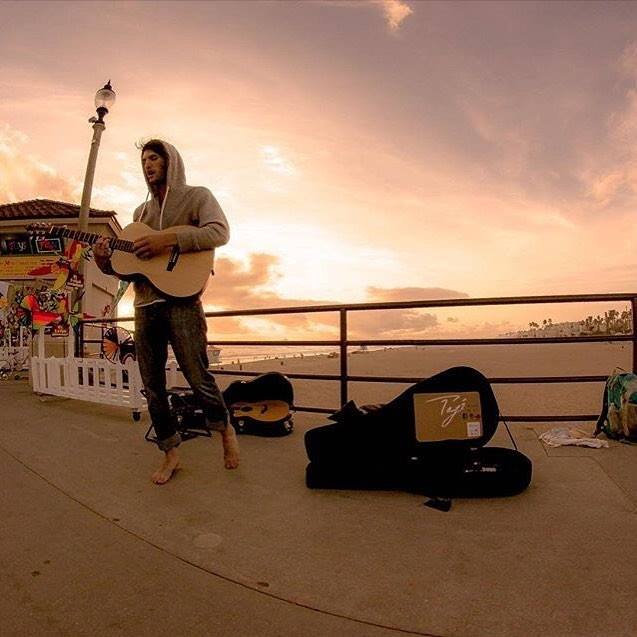 Elijah Jones aka Taji is building a slow and steady catalogue of creative output, he is in no hurry to force his music out. Once you get him, you get him, and he will have achieved what he set out to do.  Originally from Oregon he now resides in California where he creates music that is very much focused on relationships and their order in the universe. One of his dearest tracks is Becoming Me tells the story about what it is like to chase your dreams despite having lost in the past. Nothing is to stop Taji from going where he is going.

With influences like Ben Howard, Coldplay,as well as the composer Koji Kondo, and a very personal and emotional voice, you can roughly see the aim that Taji is taking. There are bright guitars, and upbeat rhythms for the most part. A buidling feelgood mood remains, often even in the more pensive numbers. There is a bit of the troubadour over Taji’s ouevre, and you can easily take him for one of those travelling truth and sooth sayers, but don’t expect too much doom, his feet are now firmly planted in the warm optimistic Cali soil, and we all need that at points.

“With kind of a muddy, John Mayer-esque voice, alongside his intricate guitar playing and energetic performances. This EP of six songs is a great feel-good set to listen to.”(Potent)

Here’s the track Becoming Me: