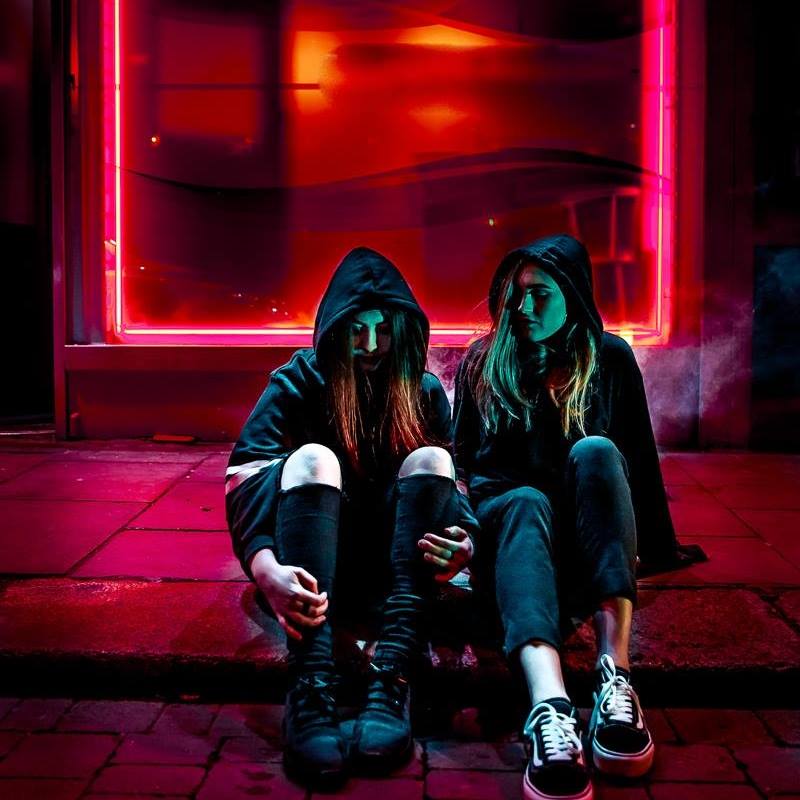 When a friendship founded from a chance encounter at a Lady Gaga concert, leads to a midnight slot at one of the biggest festivals in the country…

Having released their debut EP Nwyr last year, Bebhinn Mc Donnell (producer) and Taylor Doyle (vocals) have come a very long way together, and on their journey have produced a sound that (according to their tagline) is “Controversial. Distortion. Manipulation.”; with a dash of moody electronic, experimental pop.

While in the world of sync we are constantly aware of what sound may match a visual effectively, from the offset Sylk have focused on the audio visual aspect of their sound and live performances. In an interview with State Magazine they describe their music as “a black and white sound” as that’s simply how they visualise it; “it’s dark but can be light”. The heavy distorted bass line combined with dark lyrics and noise are definitely key ingredients to the darker side of their “black and white sound”. With lyrics that include lines such as “you think you can control me, so baby come on show me” (‘U’) and “drowning out the sound of you with one night regrets” (‘Cigarettes and Sex’) there’s an alluring, bold persona present, that interestingly in an interview with Hot Press Magazine both Bebhinn and Taylor admit that Sylk’s character is nothing like either of their own; they just wanted to write music somewhat controversial. With this persona in mind there’s a definite FKA Twigs feel with the female vocal, specific character and mix of experimental and trip hop.

Cinematic, lyrically dark, and captivatingly alluring…we’re looking forward to seeing and hearing what’s next from this fiercely talented duo.

Video for ‘Am I Alone’