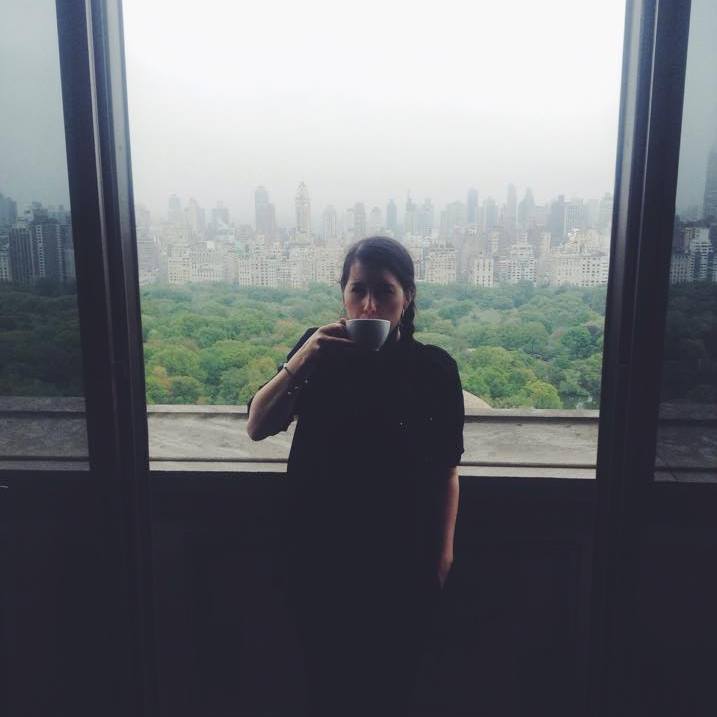 There’s a certain romance to the story of Sorcha Richardson; Irish girl goes to New York, bases herself in Brooklyn, and while most of the city with its bright lights winds down for the night, she spends her time writing music between 10pm and 4am as for her it’s simply “much easier to write” when the “rest of the world is switching off” (said in an interview with culturetrip.com). The anonymity that came with moving to New York then took away the fear of making mistakes while performing (as in Ireland it’s rare to be somewhere that you don’t have a connection of some sorts with someone in the area). This twenty-something year old has since then played to sold-out crowds at some of New York’s best venues, including Brooklyn’s Rough Trade, opening for Sweden’s Jens Lekman.

What is most endearing about Sorcha as an artist is her very personal approach; from the handwritten note that greets you on her website, to how she describes herself in her bio “I write songs about the days and nights I spend with my friends, the places we go, the people we meet, the things we say and the things that we don’t”. This singer songwriter’s particular style of alt pop is lyrically very relatable, and sends out the message that it’s OK to be in your 20s and a bit uncertain of life and yourself. ‘Waking Life’, which premiered in Clash magazine, is about getting to a point in life and suddenly realizing that your reality falls way short of the dream you were holding onto in your head; “I just though that by now I would know how to love you”. ‘Ruin Your Night’ goes through a friends night out and the thoughts and happenings through a familiar haze; “You should just forget my name”. Moving between a brand of electro pop and bedroom pop there’s a gentle yet subdued tone to her vocals, which moves the listener as she sings of emotional distances in her life.

Sorcha returned to Dublin mid 2017, and what was meant to be a few weeks break turned into a headlining sold out show in Dublin, a support slot for Imelda May on her Irish tour, and a coveted appearance at Other Voices festival in Dingle; it’s fair to say we really like her here in Ireland, and we think you will too.