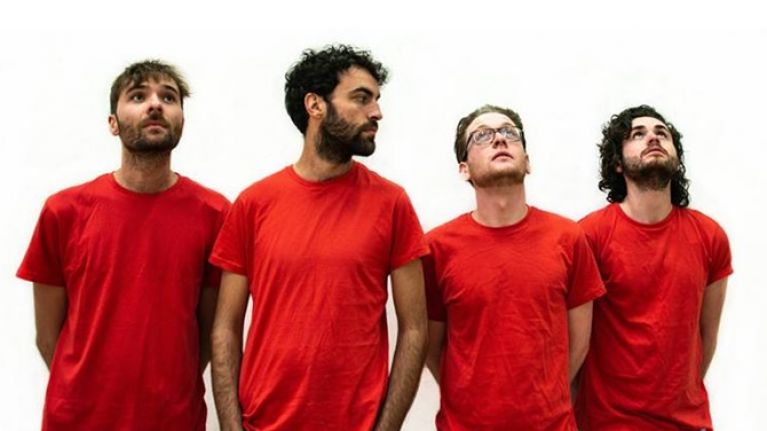 Consisting of David O’Shea (lead vocals, guitar), Shea Tohill (lead guitar, vocals), Hugh O’Neill (bass, vocals) and Darra Doyle (drums, vocals) this young band has set its sights on creating inspiring alternative folk rock. Although their influences come from amongst others Alt J, The 1975 and Kendrick Lamar, they are especially certain to fit right in with listeners that are into the Fleet Foxes, Villagers, James Vincent McMorrow or Bon Iver. Nevertheless, their own distinct use of vocal harmonies and searing layers of reverbed guitars sets them apart from their contemporaries, and offers something new.

The warm voice of O’Shea, the big sound and the inspiring guitar riffs often brings you to some kind end of the season feel.  And sure enough Waited on The Sunis a track that forms just the picture-perfect elegy to the end days of summer, something that will come soon for all of us, and in their own words this track, as well as often the general Orchid Collective creations we’d say, is put out “with a searing cut of blissed out melodies and optimistic vocals that ready us for darker evenings and colder nights. Simply put, Orchid Collective are the band that can perfectly soundtrack the coming change of season, but unlike like the last days of summer, won’t be so easily forgotten.” We couldn’t have said it better ourselves. Have a listen. They will stick, and in a very pleasurable way.