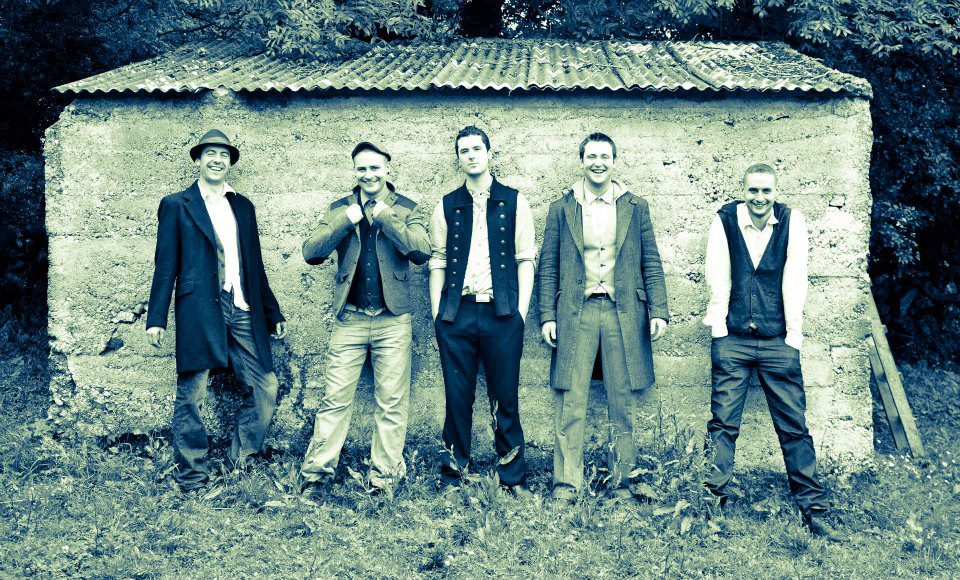 When looking into the science behind ‘energy’, it states it can be neither created nor destroyed… and the reason why I’m relating this to a five piece multi-instrumentalist band from Galway is because when these five musicians come together they create an incredible, infectious energy; therewith, in a manner, defying the laws of energy. Perhaps this is so, perhaps not, but either way the energy in Amazing Apples’ music is undeniable.

This Indie/Folk five piece has huge live appeal and has been quoted as one of the best live acts on the Irish circuit. They formed in 2008 as mainly a folk band, with a focus on instruments like bouzouki, fiddle, mandolin, and banjos, to name a few, but over the last few years they have worked on developing their sound in a different direction, leading them into the Indie Rock/Folk genre, which in turn has led them to be described as a mix between The Waterboys and Mumford and Sons.

The genuine musicianship shown in their use of the folk instruments (of which they are known to swap amongst each other during live performances) combined with driving crescendos of energy and sound, are but two features of Amazing Apples sound that make them exceptionally appealing.

To see what I mean have a look at this video for the soaring and powerful ballad ‘On Your Own’:

And here they are on the player: Listen on the Avant Music Port player