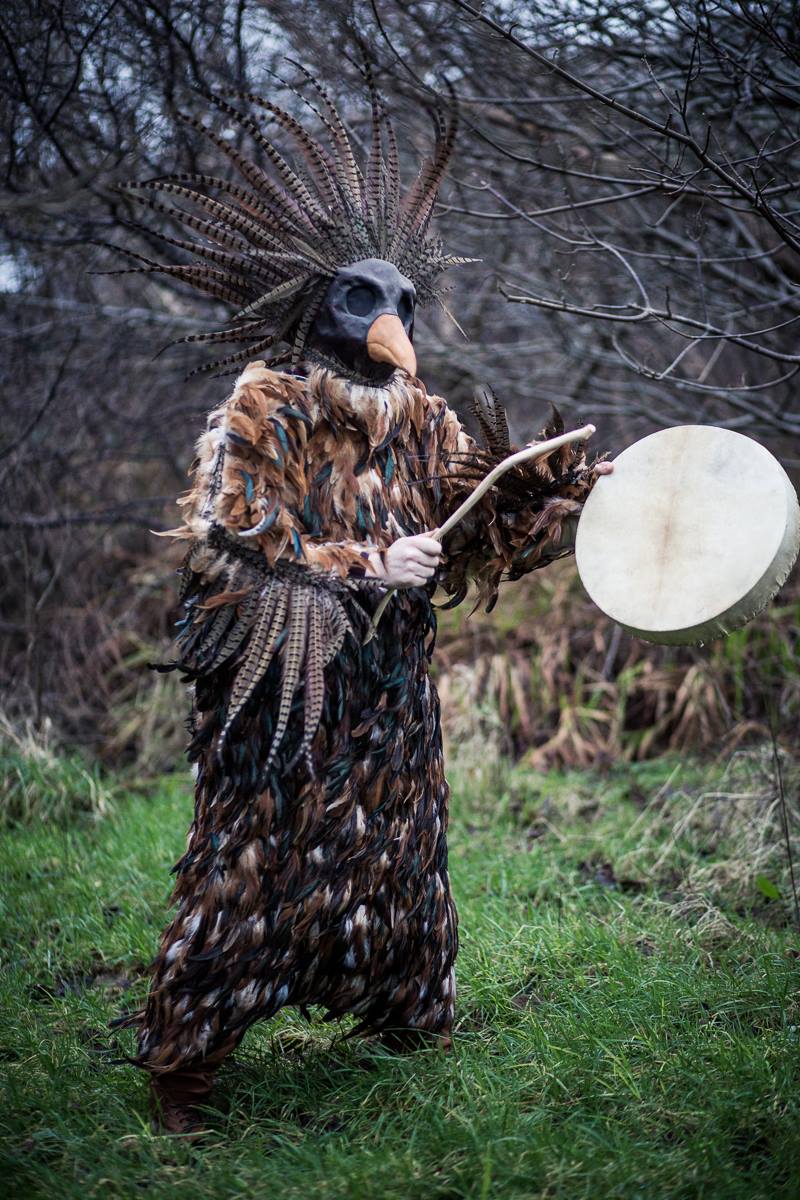 Aeons is a collaboration between Muireann Nic Amhlaoibh and Pádraig Rynne. It’s an amalgamation between Muireann’s sean nós singer skills and Pádraig’s folk and trad background which they then run through an electronic pop filter thus creating a contemporary concoction tempered with more than just a trad feel. This focus on combining these threads for a new sound continuous through the delivery of most tracks in Gaeilge; partly done by rapping by one of the lads from the Irish comedy hip hop group Rubberbandits, and then including the likes of the contemporary electronic musician Daithí looping in traditional fiddle with the electronic music. The results being a whimsical yet daring and powerful journey through Irish pensive ambience but with a beat that belongs in a cosmic urban environment.

Aeons soar and mourn, and glitch and haunt, sometimes with a video game sound, sometimes with a ghostly sea glinting in their eye, always aware of the currents, and current issues, in this complicated and enchanting world in which we live, and which they set out to interpret with such chutzpah.

Have a look and listen here:

Mickey Kelly’s video of the Aeons track‘Ar Snámh’ (Irish for ‘At Swim’):

And to finish up here’s a recent video from Aeon’s Muireann Nic Amhlaoibh named  “Port na bPúcaí”. This time a collaboration with Billy Mag Fhloinn.

“Port na bPúcaí – The Fairy Tune from The Blasket Islands, Co. Kerry. A fisherman heard this music on the wind one night and played it on his fiddle. The words tell the story of a woman captured by the fairies.”